We have conducted more than 15 Industrial visit in Malaysia, for more information write to us

Day 1, when you arrive at the Kuala Lumpur Airport, our representative will greet you. Following that, you will be taken to your hotel. Complete the check-in procedures and take a break. Prepare for a nocturnal tour in the evening. You'll start your journey at Chinatown, which is a lively market in Kuala Lumpur with thousands of shops and food stalls. Then you'll go to Sri Mahamariamman temple, a revered Hindu temple that is thought to be over 100 years old. Later, you'll take breathtaking photos in Independence Square and drive by the Petronas and KL Towers. Return to your hotel for a restful night's sleep. Day 2, After a sumptuous breakfast , depart for Industrial visit in Kuala lumpur, Kuala Lumpur is the Largest city in Malaysia. It has a GDP of almost $50 billion and accounts for 16 percent of national output. Tourism, banking, electronics manufacturing, and construction are among Kuala Lumpur's key economic outputs. The city's economy expands at a rate of 6% to 7% every year, exceeding the national average of 5%. (2011-2018). 1.84 million people live in Kuala Lumpur, with 7.8 million in the broader metropolitan conurbation. Post industrial visit Night stay at the Hotel. Day 3, In the morning, wake up to a good breakfast and prepare for a full-day Genting tour. The location is at a height of 6,000 feet and is surrounded by lush greenery and pleasant weather. Genting has a plethora of casinos as well as world-class luxury. You'll arrive in Genting via a cable car trip, where you'll be able to take in the stunning vistas and tranquil surroundings. On your way back, you'll pass by the famed Batu Caves. Return to the hotel for a relaxing stay and a good night's sleep so you can start the day fresh.

Day 4, It's time to check out of the hotel after you've finished your breakfast. Get dropped off at the airport for your travel back home, with memories to last a lifetime.

Note : This is Just a Proposed itinerary and might change as per various reason like arrival and departure timing, Malaysia industrial visit dates and timings etc

Malaysia has one of the world's most open economies, with a trade-to-GDP ratio of more than 130 percent since 2010. With over 40% of Malaysia's jobs tied to export operations, the country's openness to trade and investment has played a key role in job creation and income growth. Malaysia's economy has been on an upward trajectory since the Asian financial crisis of 1997-1998, averaging 5.4 percent growth since 2010, and is predicted to move from an upper middle-income to a high-income country by 2024. For industrial visit in Malaysia call us .

The manufacturing industry, which includes electronics, has overtaken agriculture (agriculture, livestock, forestry, and fisheries), as well as the retailing and hotel industries. Primary industries such as crude oil, palm oil, tin, and rubber, as well as their production and export, have made important contributions to the country's socioeconomic development. Malaysia produces the most rubber in the world and is also a major producer of cocoa, palm oil, tropical hardwoods, pepper, and tin. The forestry sector continues to be important in terms of socioeconomic development. For industrial visit in Malaysia call us .

However, commodity exports, particularly palm oil and rubber, continue to be vital. Electronic parts, machinery, and other manufactured products account for the majority of imports. Japan, Singapore (due to its prominence as a regional entrepôt port), the United States, and China are Malaysia's main trading partners. Thailand, Taiwan, and South Korea are among the other notable partners. Malaysia is a member of the Association of Southeast Asian Nations (ASEAN), as well as the World Trade Organization (WTO) (WTO).

Malaysia's capital, Kuala Lumpur. The city is in west-central Peninsular (West) Malaysia, some 25 miles (40 km) east of its ocean port, Port Kelang, on the Strait of Malacca, and midway along the west coast tin and rubber belt. It is the country's most populous city as well as its cultural, commercial, and transportation hub. Kuala Lumpur was constituted as a municipality in 1972, and this entity, together with nearby areas of Selangor state, became a federal territory in 1974.

Kuala Lumpur is located in mountainous terrain near the junction of the Kelang and Gombak rivers, and its name means "muddy estuary" in Malay. To the north, east, and southeast, Malaysia's Main Range rises. The climate is equatorial, with consistently high temperatures and humidity throughout the year. The area receives roughly 95 inches (2,400 mm) of rain every year, with the driest months being June and July. 94 square miles of federal territory (243 square km). The city has a population of 1,493,000 people (as of 2009); the federal territory has a population of 1,674,621.

Malays, a Muslim ethnic group, make up the city's largest ethnic group. Despite the presence of domes and minarets associated with Islamic architecture, the city and its economy are dominated by non-Muslim Chinese. A significant Hindu Indian community, historically linked to surrounding rubber estates, also exists. Many Malays work for the government, and Kampung Baru is one of the city's few densely populated Malay neighbourhoods.

The city is infused with an equal amount of beauty and joy. It attracts visitors of all ages, and its allure entices them to discover the city's spectacular architecture and fair modernism. We've compiled a list of the greatest 18 amazing locations to see in Kuala Lumpur to give you plenty of reasons to visit the city soon.

How to reach Kuala Lumpur from India

For Malaysia Industrial visit you require the following things

Indian citizens can apply for both an electronic visa (eVisa) and an electronic travel registration and information (eNTRI) as long as they meet the visa requirements. Indian nationals can stay in Malaysia for up to 30 days and make multiple entries using the eVisa.

The ideal months to visit Kuala Lumpur are May to July and December to February, when the humidity is low and it is easy to appreciate all of the city's attractions. As a city near the equator, Kuala Lumpur has consistent weather throughout the year, which is tropical, hot, and humid. The average temperature in Kuala Lumpur is 27°C to 28°C, with a high level of humidity. During the months of March and April, the city receives a lot of rain. Here's some basic facts regarding Kuala Lumpur's climate throughout the year: The cityscape of Kuala Lumpur is dominated by sparkling skyscrapers and colonial architecture. The Petronas Two Towers (twin skyscrapers with a sky bridge and viewing deck), the Petaling Street flea market, and the approximately 400 million-year-old Batu Caves are among well-known sights in Malaysia’s capital. The Golden Triangle, which includes Bukit Bintang, KLCC, and Chinatown, is the city’s major hub. Several large retail complexes, such as Pavilion KL and Suria KLCC, are among the city’s most popular attractions.

These opulent shopping destinations house a diverse choice of high-end names from around the world. Kuala Lumpur appeals to foodies for a variety of reasons. Thousands of hawker booths, cafes, and restaurants throughout the city offer every form of dish imaginable. Beyond the glass, steel, and concrete of Kuala Lumpur, there are lots of green spaces and natural attractions to relax in. You can explore lush forested hills with hiking routes leading to waterfalls just a short drive from the city. Kuala Lumpur is also recognized as a shopper’s paradise, with multiple large retail malls where you may practically shop until your heart’s content. Iron foundries, engineering companies, and food and soap factories are there in the industrial suburb of Sungai Besi (“Iron River”). Railway (assembly and construction) and engineering workshops, as well as sawmills, are located in the Sentul and Ipoh Road area, while cement factory is located in Rawang to the north. While Kuala Lumpur has a diverse manufacturing base, the focus of industrial planning in the nearby suburbs of Petaling Jaya and Batu Tiga, particularly in the high-technology sector, is on the adjacent suburbs of Petaling Jaya and Batu Tiga. Kuala Lumpur is the country’s financial and banking capital; operations related to these, as well as other services such as tourism, have grown in importance. 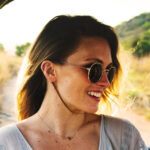 One of the best place for management , B-Pharma , B-Tech , and other professional students for Malaysia Industrial Visit