We have conducted more than 45 Industrial visit in Kalimpong, for more information write to us

Day 1, On the first day, you will be picked up in a cab from NJP railway station or Bagdogra airport and transferred to the hotel in Kalimpong where you will be staying. After completing the check-in procedures, freshen up and depart for Kalimpong Industrial visit at a Tea Estates , the district has six tea gardens in the Gorubathan block. These tea gardens manufacture high quality CTC grade barring Samabeong tea estate near Lava, which produces orthodox organic variety. Post visit back to the hotel , dinner night stay at the Hotel, Kalimpong Industrial visit at your finger tip, call us.

Day 2, After breakfast on the second day, you will be escorted on a sightseeing tour of the town. You will tour Mangal Dham, Deolo Hills, Dr. Graham's house, Golf Garden, Durpin Dara Hill, and flower nurseries while in town. Finally, at the end of the day, you will return to the hotel, continue for dinner, and spend another night there. Kalimpong Industrial visit at your finger tip, call us. Day 3, After a great breakfast on the third day, you will check out of the hotel , free time for shopping and then be transported to Bagdogra airport or NJP railway station, where you can continue your journey. Call us for Kalimpong Industrial visit.

Note : This is Just a Proposed itinerary and might change as per various reason like arrival and departure timing, Kalimpong industrial visit dates and timings etc

Kalimpong's economy is focused on agriculture. In the Gorubathan block, however, the district features six tea gardens. With the exception of Samabeong tea plantation near Lava, which produces conventional organic type, these tea gardens offer high quality CTC grade. The tea's flavour and suppleness are sufficient to entice a large number of tea connoisseurs around the world. These tea gardens are prospective vistas for nature-loving tourists who may experience the stunning beauty of the lush green plantation fields, in addition to creating sustainable employment. Tea bushes strewn across undulating mountain valleys offer a captivating visual impact that attracts visitors. Call us for Kalimpong Industrial tour

The Gorubathan Development Block encompasses all six tea estates in the Kalimpong district. Samabeong, Upper Fagu, Lower Fagu, and Kumai are the names of the tribes. Call us for Kalimpong Industrial tour

Kalimpong's earliest recorded history is brief and unclear. The history of Kalimpong was only recorded after the Anglo-Bhutan War in 1864. Prior to this, there are some records on the history of Kalimpong, but they are highly inconsistent and nearly hard to verify. Kalimpong became a place of some importance and notoriety until after the Treaty of Sinchula on November 11, 1865.

Regardless of the various theories proposed by various scholars and historians, one thing about Kalimpong's history is certain: it was a part of the Sikkimese or 'Donzong' kingdom, which was essentially inhabited by three major communities – the Lepchas (known as the 'Rong' or Ravine folk), the Bhutias, and the Limbus (Tshongs). Scholars say that the first Chogyal (Divine Ruler) of Sikkim established an unified control over the entire state of Sikkim, including the area currently known as Kalimpong.

Call us for Industrial visit in Kalimpong

Tensung Namgyel (born in 1664 and enthroned in 1670), one of the later monarchs, married three times. His first wife, a Tibetan woman, gave birth to a daughter named Pende Amo. The second wife, a Sikkimese, gave birth to a son named Chador Namgyel, while the third wife was a Limbu king's daughter. As a 14-year-old child, Chador Namgyel (born in 1686) succeeded his father in 1700. This enraged his half-sister Pende Amo, who was not just older but also the royal family's firstborn. She led a Bhutanese attack that overran the country, forcing the infant king to flee to Tibet.

Call us for Industrial visit in Kalimpong

This location was once known as Dalimkot, and Kalimpong was the name of a little village with two or three households and eight to nine cows as its residents. The village of Kalimpong was regarded as so unimportant that in his report to the Secretary to the Government of India, Ashley Eden of the Bengal Civil Service made only a passing reference to it. In fact, according to the current records, this was the first time any official mention to Kalimpong was made.

Surgeon Rennie, in his book Bhotan and the narrative of the Dooar War, made the next historical mention to Kalimpong. He, too, did not think Kalimpong was significant enough to include in his book's map. The entire territory east of the Teesta River as well as the Doars were ceded to British India during the Anglo-Bhutan War of 1864 and the Treaty of Sinchula signed the following year, and this ceded area was joined to the Western Doars District. This area was moved to the Darjeeling District the following year. Kalimpong was only then put on the map as a destination for development. The following are some of the major factors that contributed to Kalimpong's rapid growth:

How to Get to Kalimpong

What is the best way to get to Kalimpong?

Kalimpong, a gorgeous and serene hill station in West Bengal, is about a three-hour journey from both Darjeeling and Siliguri. The pleasant weather, lush vegetation, snow-capped Himalayan peaks, and delectable local cuisine provide a wealth of tourism choices. Kalimpong's unique tourist attractions include the Science Centre, Deolo Hill, and the Buddhist monastery of Zang Dhok Palri Phodang. It is easily accessible from all parts of the country via various modes of transportation.

What is the best way to get to Kalimpong by air?

Bagdogra Airport in Siliguri is the closest airport to Kalimpong. Bagdogra and the rest of India are well connected by all major domestic airlines from various Indian towns. Bagdogra is accessible via direct flights from Delhi, Kolkata, and Guwahati. To go to Kalimpong, take a local taxi from outside the airport.

How to Get to Kalimpong on the Road

Siliguri, Gangtok, Kolkata, and Darjeeling are all within driving distance of Kalimpong. Kalimpong is served by regular buses from Darjeeling, Gangtok, and Siliguri.

What is the best way to get to Kalimpong by train?

Call us for Kalimpong industrial visit

From March to May, the temperature is consistently below 30°C. As a result, tourists are unlikely to be bothered by the light breeze.

Because of its comfortable climate, Kalimpong is a great spot to visit at any time of year. Between monsoon and winter, this highland station is frequently enveloped in fog. As a result, the best months to visit Kalimpong are March to May or September to November.

The monsoon season begins in June and lasts until September. The main sign of the season is a lot of rain. It can sometimes result in landslides that impede the streets. As a result, it has the potential to be either the most beautiful or the most unpleasant for tourists.

With temperatures less than 15°C and a minimum of subzero temperatures, the months of December to February are the most pleasurable and ideal time to visit Kalimpong.

The Nest of Smile The hill town of Kalimpong in West Bengal is one of the most famous tourist sites in the region, spread along a saddle-shaped ridge overlooking the meandering River Teesta. It attracts visitors with its scenic landscapes and colonial charm, surrounded by snow-capped Himalayas and crowned by the summit of Kanchenjunga (Khangchendzonga), the world’s third highest peak.

Kalimpong Industrial visit at your finger tip, call us.

Kalimpong, 65 kilometres from Siliguri, is known for its Buddhist monasteries, Tibetan handicrafts, and churches. According to legend, when the indigenous Lepcha tribesmen were not engaged in agricultural activities, they engaged in field sports. As a result, Kalimpong got its name from the ridge where we used to play. Merchants ferried goods across the Jelep la Pass on the Sikkim-Tibet border, and the city was formerly the epicentre of trans-Himalayan trade between India and Tibet. The city is also noted for its educational institutions, the most of which date back to the British colonial period. Until the 19th century, the Sikkimese and Bhutanese kingdoms alternated as rulers over the Kalimpong region.

Kalimpong Industrial visit at your finger tip, call us. 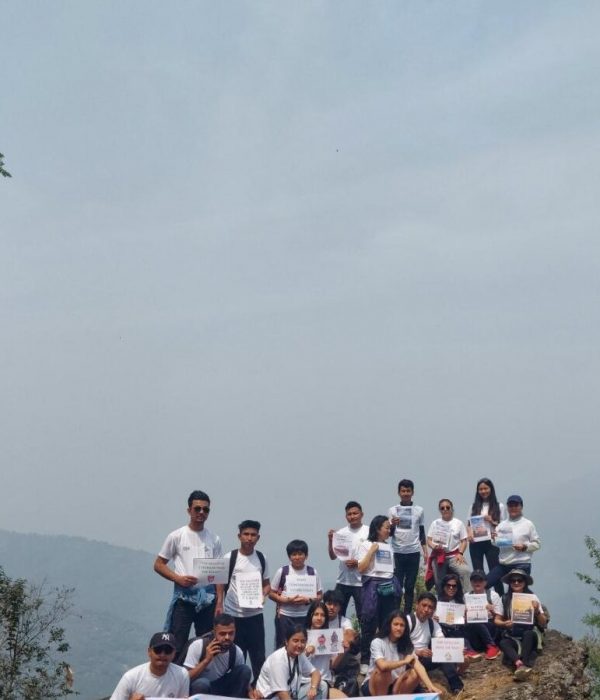 Kalimpong is a lively bazaar town nestled in the Himalayan foothills and deep valleys. Due to its temperate temperature and closeness to renowned tourist destinations in the region, Kalimpong has grown in importance as a tourist destination. It is well-known for its flower market, particularly for its large selection of orchids. Buddhist monasteries, such as the Zang Dhok Palri Phodang (renowned for its rare Tibetan Buddhist scriptures), churches, and an excellent private library for the study of Tibetan and Himalayan language and culture are among the other attractions.

One of the best place for management , B-Pharma , B-Tech , and other professional students for Kalimpong Industrial Visit